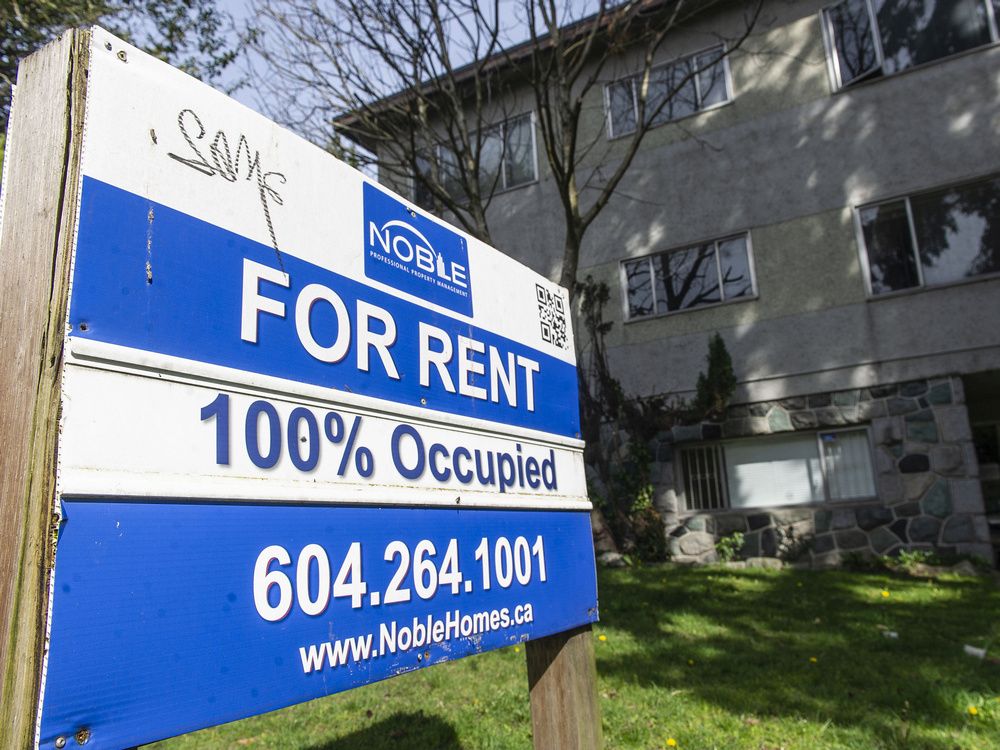 Bank governor Tiff Macklem raised the institution’s key overnight lending rate by a whole percentage point, the biggest single increase since 1998, putting it at 2.5 per cent, as an inflation-fighting measure.

The expectation is that the higher rate will push up mortgage rates, making it harder for households to make the jump from renting into home ownership. And it will keep a lot of households in rental accommodations in Metro Vancouver’s already tight market.

Rentals.ca just published its latest rental report, which found that Vancouver posted the highest average asking rents in Canada, $2,412 a month for a one-bedroom apartment — up 19.17 per cent from the same month a year ago and $3,597 per month for a two-bedroom on average, which is up 26.5 per cent.

“The Vancouver market was already in crisis,” Danison said, with vacancy rates in the one per cent range for many communities and inflation depleting consumers’ pocketbooks. “This (rate increase) just heightens it even more.”

Wednesday’s rate increase won’t make “a huge difference” for buyers trying to qualify for mortgages now, said Deb White, president of the Mortgage Brokers Association of B.C., though her members are definitely seeing more buyers sitting on the sidelines.

Property sales in the Greater Vancouver Real Estate Board in June fell 35 per cent from the same month a year ago. In the Fraser Valley, they were down 43 per cent.

“The next rate hike will definitely hurt,” White said.

As home sales slow down, so do housing starts, renovations on existing homes and the purchase of household appliances.

“So it’s a very effective mechanism for slowing the economy,” said Somerville, a senior fellow in the Sauder School’s centre for urban economics and real estate at UBC.

“Historically, we haven’t read about what that meant for renters because usually there’s enough slack in the rental market, like normal levels of vacancy,” that would still leave space for people who can’t move into ownership as well as new tenants moving into the rental market.

Somerville added that a slowdown in housing sales typically triggers a slowdown in the rate of household formation that creates rental demand. Even if that happens now, it will be offset by Canada’s high rates of immigration.

“What it suggests is that this could actually worsen rental-price inflation,” Somerville said.

Metro Vancouver did add a net 1,500 new purpose-built apartments to its market in 2021, and a welcome increase in their numbers over the last five years, said Eric Bond, an economist and senior specialist with the Canada Mortgage and Housing Corp.

“That was quite an important increase when you consider, say, 10 years ago that we were losing rental units on a year-by-year basis,” Bond said.

“But we do need more in order to address higher rental demand that we’re seeing in the market,” Bond said. “Home ownership is becoming less accessible (which) contributes to rental demand as well, so more supply will help address that imbalance.”