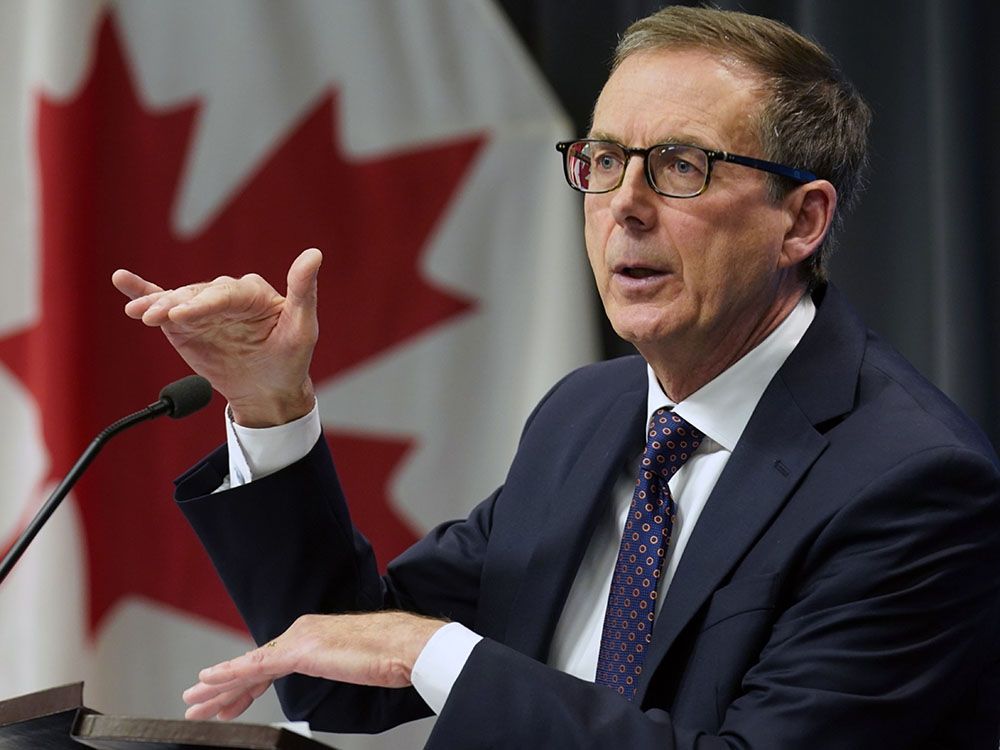 The Bank of Canada on June 1 raised its benchmark interest rate a half point to 1.5 per cent, the highest since 2019. Here’s what you need to know.

The central bank has selected a steep path to higher interest rates. Policymakers have now raised borrowing costs at three consecutive meetings, and at the last two they opted for unusually large half-point increases, the first time that’s happened since the Bank of Canada started scheduling interest-rate announcements in 2000. (They prefer quarter-point changes to avoid unnecessary disruption.)

Bank of Canada governor Tiff Macklem is only getting started. His mission is to keep the consumer price index advancing at an annual rate of about two per cent a year, and the index increased 6.8 per cent in April from a year earlier. That’s worrisome enough, but central bankers made it clear in their new policy statement that inflationary pressure continues to build.

The consumer price index “will likely move even higher in the near term before beginning to ease,” the statement said. That easing will require higher interest rates to choke demand. “Inflation continues to broaden,” the central bank observed, citing its “core” measures of price pressures, all of which are above three per cent.

“The risk of elevated inflation becoming entrenched has risen,” the statement said. “The bank will use its monetary tools to return inflation to target and keep inflation expectations well-anchored.”

Much of the increase in inflation is beyond the Bank of Canada’s control. Most of the world’s richer economies are confronting similar situations because of supply shortages related to the pandemic and surging commodity prices related to Russia’s invasion of Ukraine.

Still, policymakers were caught off guard by how quickly the economy recovered from the COVID-19 recession. The jobless rate is now at a modern low, and Statistics Canada on May 31 said the economy pushed through the latest pandemic wave and grew at an annual rate of about three per cent in the first quarter.

“Canadian economic activity is strong and the economy is clearly operating in excess demand,” the Bank of Canada said. “With consumer spending in Canada remaining robust, and exports anticipated to strengthen, growth in the second quarter is expected to be solid.”

Other big economies struggled in the first quarter, so Canada would be in a relatively good position to face the global recession that some economists think is coming. Still, all that activity is adding to inflationary pressure. The Bank of Canada noted that housing markets are “moderating,” albeit from “exceptionally high levels.” That suggests higher interest rates are beginning to have their intended effect.

But as housing prices tumble, wage growth “has been picking up and broadening across sectors.” That will help households keep up with higher prices, but it also suggests policymakers might be losing their grip on inflation expectations: if you trust the central bank to keep prices under control, you might not ask for a big raise.

Expectations notwithstanding, higher wages are indicative of a market starved for supply. If companies must pay more for workers, they will likely raise prices to compensate for it. That’s what “entrenched” inflation might look like.

Where do we go from here?

The Bank of Canada was unusually frank about where interest rates are headed.

“With the economy in excess demand, and inflation persisting well above target and expected to move higher in the near term, the Governing Council continues to judge that interest rates will need to rise further,” the statement said.

Most Bay Street observers of the Bank of Canada take that language to mean at least one more half-point increase when policymakers next meet in July, which would put the benchmark rate at two per cent.

That’s significant because the central bank estimates that an interest-rate setting of between two per cent and three per cent is probably “neutral,” in that it neither stokes nor chokes economic growth. Most economists think the Bank of Canada will need to go higher than two per cent to smother inflationary pressures, but they are split on whether that means a benchmark rate of 2.5 per cent, three per cent or maybe something even higher.

Reading between the lines of the latest policy statement, it seems likely the Bank of Canada is headed for the higher end of its neutral range.

“The pace of further increases in the policy rate will be guided by the bank’s ongoing assessment of the economy and inflation, and the Governing Council is prepared to act more forcefully if needed to meet its commitment to achieve the two-per-cent inflation target,” policymakers said.