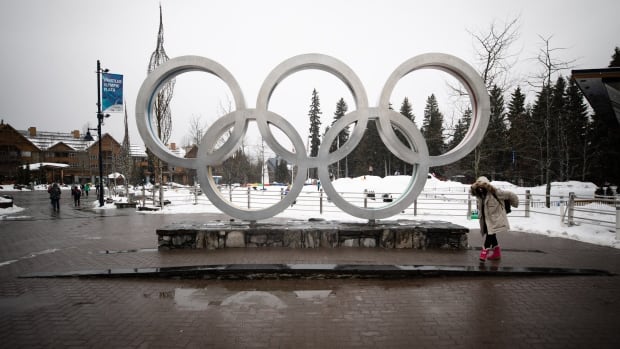 The B.C. government announced Thursday it will not support a potential bid for the 2030 Winter Olympic and Paralympic Games.

In a statement, the province said it has been reviewing the Indigenous-led bid for more than a year.

“Government had to take a look at that bid and weigh it,” said Lisa Beare, the minister of tourism, arts, culture and sport, speaking at the provincial legislature in Victoria, B.C.

“[We had to weigh] its costs, its risks, its potential benefits against government priorities like health care, like public safety, investing in the cost of living,” she continued.

Beare said the province understands the prospect of hosting another Olympic Games was exciting for athletes and sports fans but pointed to prior commitments to host the 2026 FIFA World Cup and the 2025 Invictus Games.

“Ultimately, we came to the decision to not support the 2030 bid at this time,” Beare said.

The tourism minister said the direct cost of the bid would amount to billions of dollars, adding that it would jeopardize the government’s “ability to address pressures facing British Columbians right now.”

The 2030 bid is being led by the Lil̓wat7úl (Líl̓wat), xʷməθkʷəy̓əm (Musqueam), Skwxwú7mesh (Squamish) and səlilwətaɬ (Tsleil-Waututh) nations, in addition to the Canadian Olympic Committee, the Canadian Paralympic Committee and the municipalities of Vancouver and Whistler.

B.C. Liberals say province is turning its back on First Nations

Addressing media at the legislature after the decision to not back the bid was made public, B.C. Liberal house leader Todd Stone described the move as “deeply regrettable.”

“Particularly because this was an Olympic bid that was led by First Nations, led by Indigenous people,” Stone said.

“To turn their backs on First Nations … is frankly irresponsible. And it doesn’t really reflect a government that practises what it preaches when it comes to reconciliation.”

In its statement, the government said it “remains committed to the important work of putting reconciliation into action and continuing to build strong relationships with Indigenous partners.”

The party also commended the leadership of the four First Nations involved in the bid and recognized the support of the City of Vancouver and the Resort Municipality of Whistler (RMOW).

In separate statements to CBC, Vancouver and Whistler officials both said the news was disappointing.

“The RMOW entered into this process in good faith, believing it was a model for reconciliation in action,” said Whistler Mayor Jack Crompton. “We are disappointed it has ended without the opportunity for the kind of fulsome, all-party analysis we have looked forward to completing.”

In its statement, the City of Vancouver said it “understands and acknowledges the disappointment expressed at this news, especially given the historic element this bid would have as the first ever Nations’ led Olympic bid.”

Both municipalities said they enjoyed working with the Indigenous leaders and communities that were involved and plan to maintain those partnerships and collaborate on other joint projects and events going forward.

In a joint statement, The Lil̓wat7úl (Líl̓wat), xʷməθkʷəy̓əm (Musqueam), Sḵwx̱wú7mesh (Squamish) and səl̓ilw̓ətaʔɬ (Tsleil-Waututh) First Nations said they’ll be holding a “discussion around the status of bringing the Games back” at 11 a.m. Friday at the B.C. Sports Hall of Fame in downtown Vancouver, alongside members of the Canadian Olympic and Paralympic Committees.