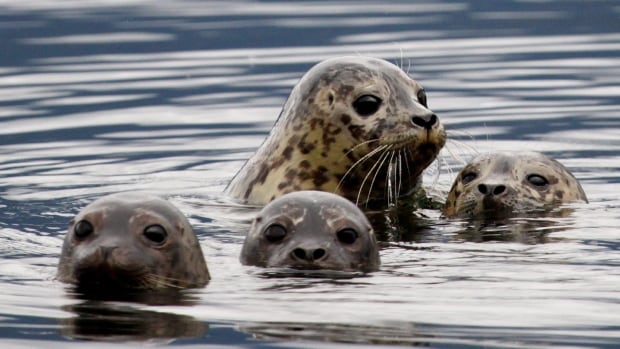 Quebec scientists say they’ve found traces of avian flu in dead harbour seals that are washing ashore in the St. Lawrence estuary, a 250-kilometre long ecosystem that runs from just north of Quebec City to the Gulf of St. Lawrence.

Stéphane Lair, the Quebec regional director with the Canadian Cooperative Wildlife Health Centre and a wildlife health specialist at the Université de Montréal, said they have noticed a spike in harbour seal mortalities this season compared to previous years.

“This week we got some preliminary results that suggest that this virus is probably the cause,” he explained.

Thus far, he said 12 seals have tested positive for H5N1. The Canadian Food Inspection Agency is currently validating the results.

According to Fisheries and Oceans Canada, it would be the first known case in Canada of H5N1 being passed from North American wild birds to marine mammals.

Lair said that lesions found on the dead seals’ internal organs suggest they are “not just carrying the virus,” he said.

“The virus is probably killing these seals,” he said.

Sunbathing could be cause

One question is how the seals are getting infected. Lair said they’re not sure how it’s happening, as harbour seals aren’t known to eat birds and ducks — but they have a theory.

“We really think it’s just by direct contact,” Lair said. “These seals will use rock formations to all hang out. And those are the same rocks where you can find common eiders and other ducks.”

If the seals are in close proximity to the carcasses of birds that died of the avian flu, that could explain how they’re catching the disease, he said.

While it’s the first time the avian flu has been reported in Quebec seals, the infection is not without precedent. There have been outbreaks in seals reported in Europe and the eastern United States, including recently in Maine, so it was “not a big surprise” to see it happen here, Lair explained.

It “hopefully” won’t affect the area’s whales, dolphins and other marine wildlife, because unlike seals, they won’t get sick even if they are carrying the virus, he said.

As for the seal population, Lair said it’s not the first time they’ve faced a viral epidemic.

“They’ll be able to cope with this. It’s going to be most likely associated with the decrease of the population [short-term], but in the long term, they should be okay.”

Fisheries and Oceans said thus far, no other known cases of H5N1 in harbour seals have been reported in Canada.

Quebecers who find seal carcasses are advised not to approach or let any household pets, such as dogs, near the dead animal, as it could be potentially infected.

Dead seals should be reported to the Quebec Marine Mammal Emergency Response Network (QMMERN) by calling 1-877-722-5346.

Preliminary tests done on harbour seal carcasses are showing the species has been affected by the avian flu – that has killed thousands of birds in Quebec this year.