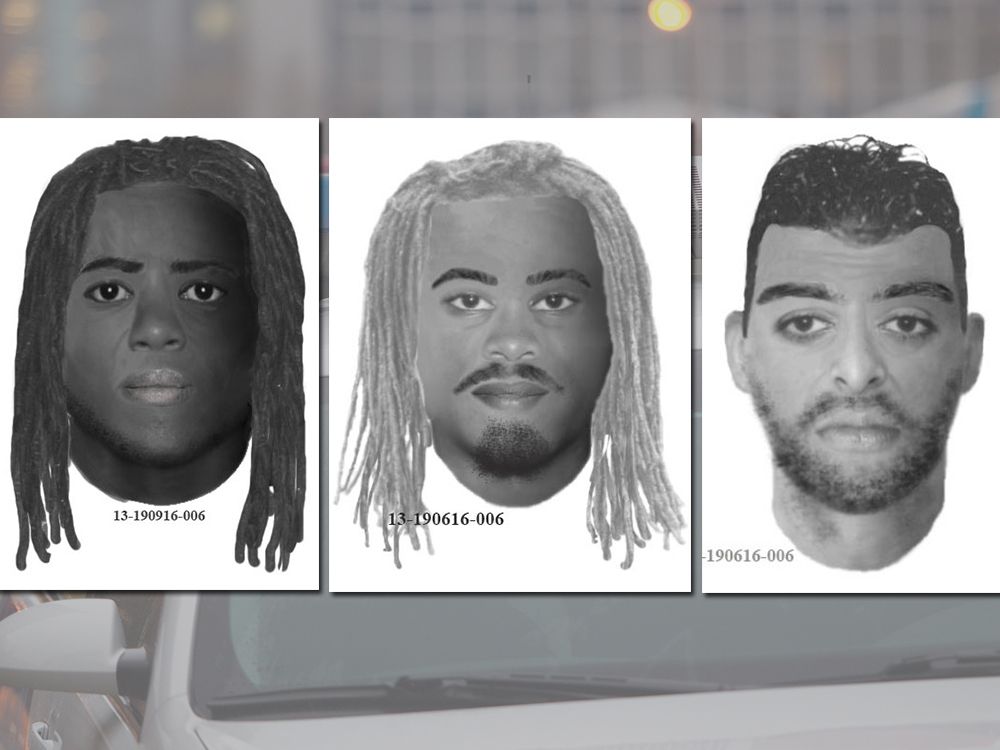 A defence lawyer in the trial of three men accused in the death of a LaSalle resident who was fatally shot in his home suggested the Montreal police released “false” information to the media in an effort to get the suspects talking while their conversations were being secretly recorded.

Testimony heard Thursday morning at the trial of the three accused centred on a press release the Montreal police issued on March 25, 2020, during their investigation into the death of Osvaldo Pineda Melgar, the 26-year-old LaSalle resident killed inside his home on Sept. 16, 2019. The men on trial are Jeffrey Romel Nauzinor, 29, Gretzky Marcellus, 31 — both charged with first-degree murder — and Omar Araghoune, 35, who is charged with manslaughter.

In the release, the Montreal police included three images that appeared to be composite sketches of three suspects they were looking for. They asked anyone who might have seen the men on the day Pineda Melgar was killed to step forward. But, according to evidence heard during the trial, investigators had already identified the suspects months before the release was issued. In fact, they had already searched Nauzinor’s home five days before the press release was sent to several media organizations.

While on the witness stand, Montreal police detective Laurent Villemaire said there was a plan in place to get the suspects talking while their conversations were being recorded.

While cross-examining the witness, defence lawyer Gunar Dubé suggested the press release was part of that plan. The attorney argued the images in the press release were intended to appear to be composite sketches based on eye-witness descriptions when they were actually based on photos the Montreal police already had.

The lawyer referred to the images as “false composite sketches” several times during the cross-examination.

Villemaire said he could not recall if the press release was part of the plan to get the suspects talking.

The jury learned that the police already had photos of all three suspects from Villemaire’s testimony. The detective said that on the same day the release was issued, he was listening to some of Nauzinor’s conversations when the suspect made reference to something that had been left behind when police searched the home of someone Nauzinor knew five days earlier.

It turned out to be an organizational chart with photos of all three of accused and other people targeted in the investigation. Villemaire said that after he heard Nauzinor make reference to the chart, he returned to the home that was searched and asked a woman who lived there to return it to him.

Dubé suggested the chart was left behind on purpose, as part of the plan to get the suspects talking.

“It can ruin the evolution of an investigation, do you agree with me,” Dubé said in reference to the possibility the suspects saw the chart.

“That is for sure,” Villemaire replied.

“So that document should not have been brought (along when the search warrant was executed),” Dubé asked.

Villemaire answered in the affirmative and said he was not the one who left it behind.

“Unfortunately, we were never able to identify the person who made that error,” the detective said. “No one said it was done voluntarily.”

“It wasn’t part of the strategy for March 25 (2020) with the release of the fake composite sketches?” Dubé said.

“I don’t know if (the sketches) were planned. You would have to ask a principal investigator. They are like the orchestra conductor. I knew there was something in the cards, but I don’t remember what was planned,” Villemaire said.

“Since the start of your time with the homicide squad, is that the first time that such a strategy was used — that is to say to publish false composite sketches with the goal of feeding the wiretaps?” Dubé said.

“To my knowledge, that would be the first time I saw it,” Lemaire said.