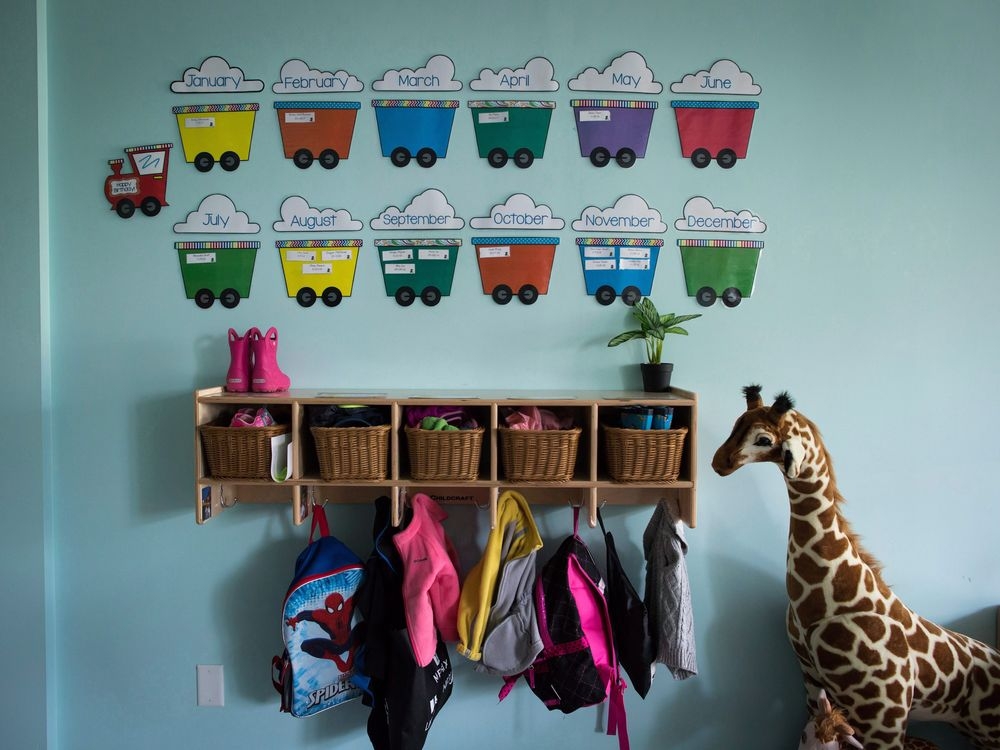 Andrea Lewis has been having trouble recruiting and retaining staff at her Manitoulin Island child-care centre, to the point where she has been forced to close the daycare for six weeks.

The last staff member to leave went to the school board, where many early childhood educators have been enticed to work, she said.

“It’s shorter hours, you get all the holidays, the pay is better — we can’t match that,” Lewis said.

“I’m finding that also a lot of people are getting burnt out ,…They’re just leaving the sector in total, because they didn’t get that recognition during those few years of COVID and I think it’s just taking a really big toll on them.”

Lewis’s centre is one of several across Ontario to close their doors for varying lengths of time recently due to staffing shortages. She is able to reopen the school-aged program next week, but is hoping she can reopen the room for younger kids on Nov. 1.

That’s the same day as the deadline for licensed child-care operators to decide if they want to opt in to the $10-a-day program.

The deadline was extended after the government changed some guidelines to entice more for-profit operators to sign up, but with less than one month to go, progress still varies widely by municipality. Some smaller jurisdictions have seen all providers opt in, while others only have about 50 per cent uptake.

In Toronto, more than 70 per cent have opted in, while it is at about 85 per cent in Durham Region and about 57 per cent in Peel Region.

But with 71,000 new spaces promised as part of the deal, the sector wonders who will staff all those new rooms if centres are already having trouble keeping their doors open.

As part of that deal between Ontario and the federal government, the province is establishing an $18-an-hour wage floor for registered early childhood educators and $20 for RECE supervisors.

But advocates have called for much higher wages, and Lewis said it won’t address her staffing issues at all.

“We already pay our staff higher than what that floor is, so that doesn’t help very much,” she said.

The deal also specified that the Ministry of Education was supposed to work with the sector on a “comprehensive recruitment and retention plan” over the summer, but that has not yet happened.

The Association of Early Childhood Educators of Ontario has called for a $25 minimum wage for everyone who works in child care and $30 an hour for registered ECEs. As well, they would like to see the implementation of a wage grid, as an incentive for people to stay in the sector.

“The recruitment part is important, but retention is really where the main problem is,” said Rachel Vickerson, the group’s executive director.

“That means not just wages … but a real career progression and career ladders that people are able to see.”

The child-care sector’s workforce crisis is long-standing, but it has come to a head, Vickerson said.

“It was something we heard about across the country, really, before COVID, but it’s certainly become much worse and led to programs that aren’t able to keep the rooms open,” she said.

“Then when the province comes to them and asks about expansion, they’re just simply not even able to consider it.”

A recent report by the Financial Accountability Office of Ontario found particularly high job vacancy rates in nursing and residential care, hospitals, and child care and children’s aid societies. The latter sector had a job vacancy rate of 2.8 per cent in 2019, and that has now climbed to 5.8 per cent, the report said.

Morna Ballantyne, executive director of advocacy group Child Care Now, said Ontario already did workforce consultations fairly recently, issuing a report in 2018 under the former Liberal government. That report identified a wage grid as key to providing an incentive for ECEs to stay in the sector and ensuring their wages remain competitive with counterparts working in full-day kindergarten classrooms.

It also recommended incentives for employers to provide benefits packages, consulting on a two-provider model for licensed home daycares to combat isolation and burnout, increasing access to professional development, and developing recruitment and marketing materials to distribute at school guidance offices and career fairs.

This newest round of consultations should not happen in isolation, said Ballantyne, rather than have separate workforce, inclusion and expansion discussions.

“All these issues are interlinked,” she said.

Education Minister Stephen Lecce said in a statement that Ontario is working to recruit — and retain — thousands of new workers to ensure kids receive high-quality programming.

“We are continuing to work with partners to inform the development of additional tools to support recruitment and retention of qualified early years and child-care professionals in the sector,” he wrote.