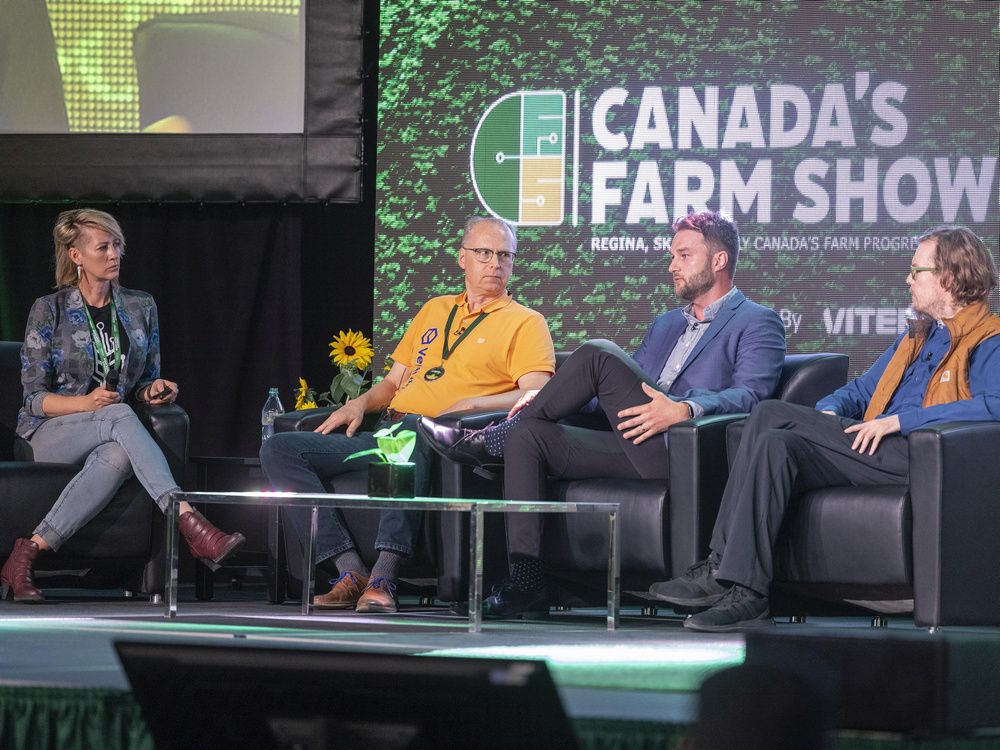 The word ‘data’ has become what some farmers in Saskatchewan would describe as a four-letter swearword.

New technology has been pitched as a way to help producers make more money and enhance operations, but it also comes at a cost and some are skeptical.

“Farmers can get taken advantage of by suppliers, buyers and equipment providers, who dwarf them, so that makes farmers apprehensive,” said Jesse Hirsh, who farms in eastern Ontario and does consulting work in the agriculture technology industry. “They have every reason to be because we’ve seen how the technology industries have ravished every other industry.”

Hirsh was part of a panel discussion at Canada’s Farm Show on Wednesday looking at the pros of data, but also lingering concerns about sharing it.

For example, Ken Jackson’s company VeriGrain collects data from farming customers so they know the exact quality of their grain.

Those farmers can then use that data to reassure buyers that their grain meets quality standards, Jackson said, helping build trust and optimizing profitability.

Further, data can be used to help inform farmers on when they should upgrade equipment, when to plant and what to spray.

The idea is based on the popular book where baseball coach Billy Beane used statistics to create an unbeatable team.

“It’s finding a way to take that information, translate into data and then make better decisions over that,” Prystupa said. “That’s what we’re trying to do.”

When different applications are combined together, Prystupa said it can give farmers an accurate picture of what’s happening.

Even though an abundance of applications can be helpful, there’s a sense that farmers feel intruded upon when governments or companies are looking to collect data, said Cherilyn Jolly-Nagel, who hosted the panel and farms near Mossbank.

Jolly-Nagel said it’s as if farmers are being asked to prove something, even though their families have been farming the land for more than 100 years.

“It feels like private information to us,” she said. “So when somebody asks us not only to collect it and prove it and then give it out, this is brand new to us.”

Hirsh said those concerns are legitimate, arguing that farmers should control their own data and decide what they want to share.

However, he said farmers should still collect their own data because it’ll help them forecast what they need to do on the farm. They can also use it to back up what they already know should people have questions.

Another big question is cost because data services aren’t free.

Prystupa said farmers need to look at the value.

“If something is free, you’re the product, right?” He said. “It’s up to people like me and everyone here to demonstrate the value and provide proof of that.”

On his farm in Ontario, Hirsh uses artificial intelligence to track animal movements and animal behaviour. In fact, he streams video of his cattle on Twitch, a live-streaming service, to provide the public with an idea of what farming looks like.

For Hirsh, it’s this type of data that can help farmers tell their story and build public trust.

“We can shift the perception of agriculture, and help people understand not only do we really care about our work, we care about feeding the world,” he said.