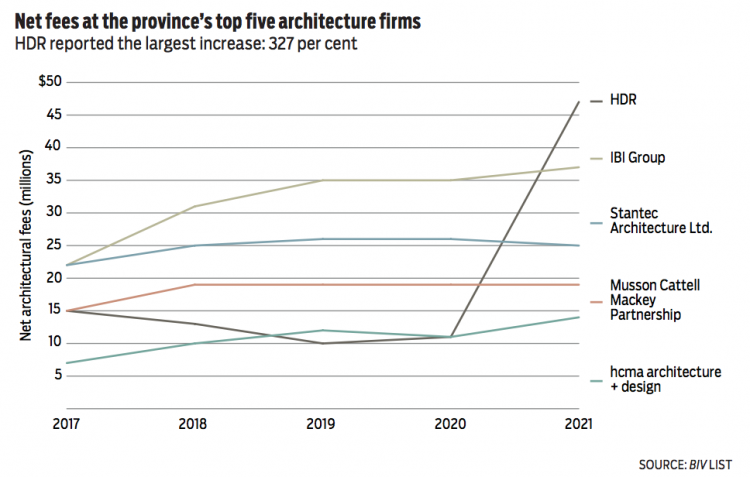 Median net architectural fees grew more slowly than did average fees: An increase of 25 per cent to $10 million last year. This suggests that larger companies higher on the list grew more over the past year than did smaller companies lower on the list.

A main contributor to the recent jump in average net architectural fees is the massive growth of HDR (No. 1), whose revenue skyrocketed 327.3 per cent to $47 million in 2021 from $11 million in 2020, when it ranked No. 5 on BIV’s list. HDR’s growth followed two years of contraction for the company in 2018 and 2019, when the firm’s net architectural fees fell 33 per cent.