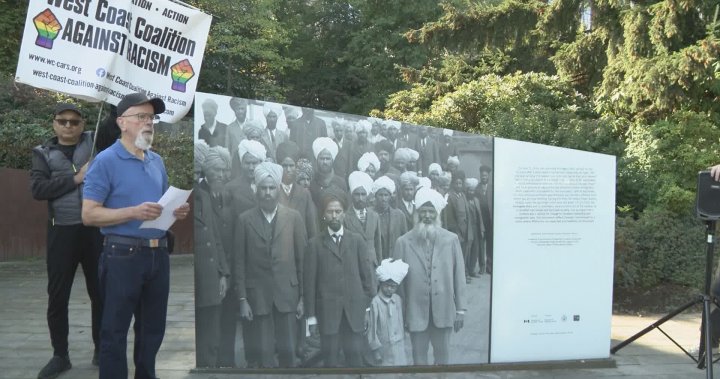 An anti-detest rally was held at the damaged Komagata Maru memorial in downtown Vancouver, Saturday.

The rally was structured by the West Coast Coalition Versus Racism (WCCAR) as a reaction to the vandalism of the memorial.

“This is a shocking incident of despise,” mentioned Harinder Mahil, WCCAR’s president.

“Whoever has performed it is sending a information that persons depicted in the memorial photographs have no appropriate to be in Canada and that there must not be a memorial like this. We are right here to condemn the vandalism that took put at the web-site.”

Vancouver police claimed glass at the Komagata Maru memorial in Coal Harbour was smashed, back on Oct. 5. The investigation commenced on Oct. 4 soon after officers realized on social media of the vandalism.

“We don’t just want to uncover the individual who did this, but also realize why this cherished memorial was targeted,” said Const. Jason Doucette, a VPD officer.

“Detectives from a quantity of VPD specialised models are operating alongside one another to acquire evidence and identify the suspect(s) in this troubling incident.”

It is the second time the memorial has been deliberately broken.

A man named Yuniar Kurniawan was charged with mischief soon after paint was applied to deface the memorial, in August 2021. The memorial was splattered with white paint and hand prints.

The Komagata Maru memorial was designed to commemorate the 1914 incident when 376 passengers from India ended up escorted out of Vancouver’s Coal Harbour aboard the steamship Komagata Maru.

For numerous Canadians, the name Komagata Maru suggests minimal. But what happened on that crowded ship in 1914 has come to be, for several scholars, emblematic of an full time period of Canadian historical past characterised by xenophobia, racism and exclusionary immigration procedures.

The 376 travellers from India have been denied entry to the state and sent back across the Pacific Ocean.

You can study more about the Komagata Maru incident on the International News website.

The West Coast Coalition Against Racism describes itself as a re-birth of the BC Group to Struggle Racism, which was established in 1980 to oppose racism and dislike in B.C.