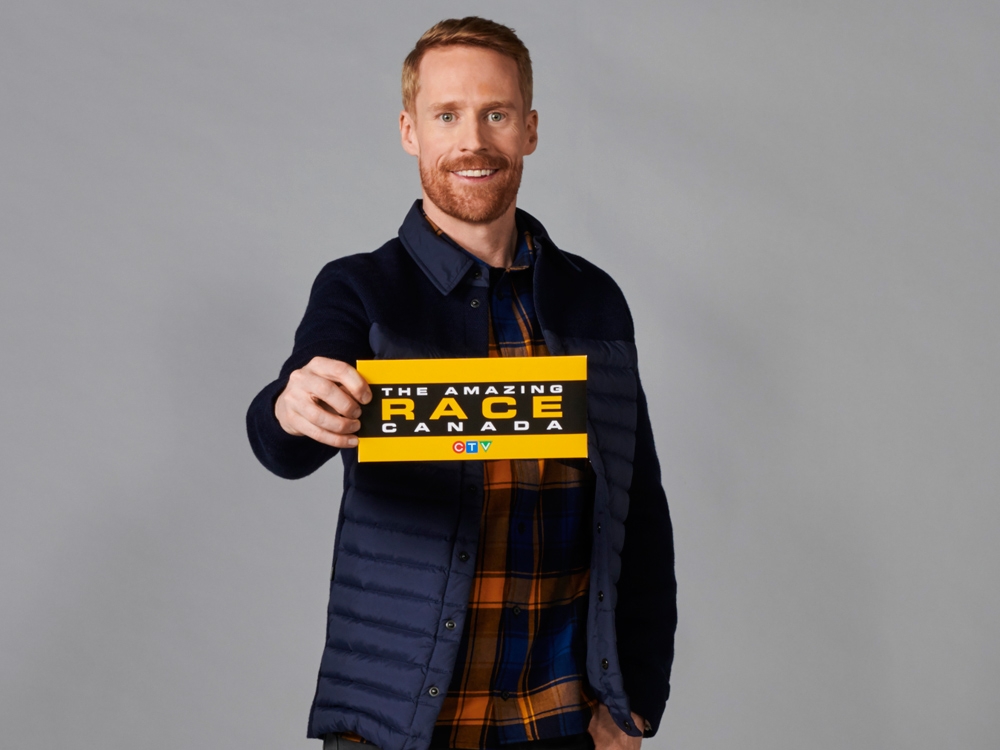 The Amazing Race Canada
Season 8
After a two-year break, The Amazing Race Canada makes its triumphant return hosted by Olympic Gold Medallist Jon Montgomery. The all-new season — featuring a JUNO winner, an Olympian and a reality star — follows 10 teams as they compete for $250,000, a trip for two around the world and two Chevrolet Silverado ZR2s.
When: Tuesday on CTV

Generation Gap
Debut
Kelly Ripa hosts the new comedy quiz game show that pairs teams of seniors and juniors, challenging them to answer questions about pop culture from each other’s generations.
When: Wednesday on ABC, CTV

The Challenge: USA
Debut
Reality titans from Big Brother, Survivor, The Amazing Race and Love Island compete in the most unpredictable and demanding game of their lives.
When: Wednesday on CBS

American Restaurant Battle
Debut
Three chef teams compete in a real-world culinary battle from their own restaurant kitchens for a shot at $15,000.
When: Monday on Food Network Canada

Black Bird
Debut
Inspired by actual events, an incarcerated felon (Taron Egerton) is given the chance of a lifetime — befriend a suspected serial killer (Paul Walter Hauser) and find out where his victims are buried for a chance at freedom.
When: Friday on Apple TV+

My Grown-Up Christmas List
Film
A journalist (Kayla Wallace) and a military man (Kevin McGarry) share a special bond that grows between them over the course of several Christmases that they spend together and apart.
When: Saturday on W Network

Buy It Or Build It
Debut
Brothers Chris and Calvin LaMont work together to deliver on the home of their clients’ dreams.
When: Monday on HGTV

Girls5eva
Season 2
A one-hit-wonder girl group from the ’90s reunites to give their dreams another shot.
When: Thursday on W Network

Ranveer vs. Wild With Bear Grylls
Debut
Bollywood star Ranveer Singh and adventurer Bear Grylls brave the Serbian wilderness as they hunt for a rare flower.
When: Friday on Netflix

Boo, Bitch
Debut
Netflix fan fave and To All the Boys star Lana Condor plays a wallflower who wakes up one morning to find out she’s become a ghost.
When: Friday on Netflix

The Princess
Film
A beautiful, strong-willed princess (Joey King) must protect her family and save the kingdom from the cruel sociopath to whom she is betrothed.
When: Available now on Disney+

Love Triangle Nightmare
Film
A new divorcee falls for a handsome stranger who appears to be everything her ex-husband is not.
When: Sunday on Lifetime

Five Bedrooms
Season 3
Five friends make the bold decision to pool their funds and buy a house together
When: Thursday on W Network