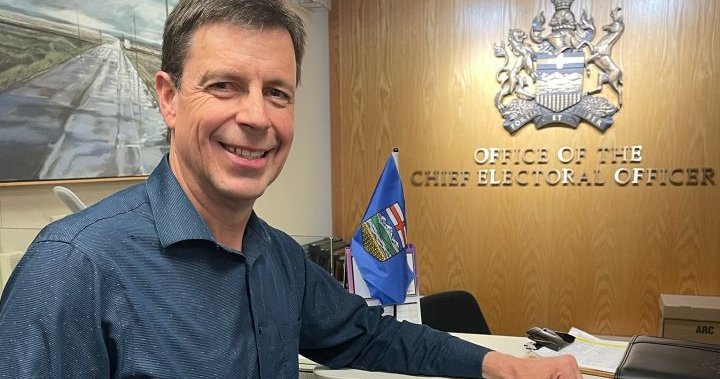 A fourth person has now officially become a candidate in the upcoming race to replace Premier Jason Kenney as the leader of Alberta’s United Conservative Party.

Todd Loewen, an Independent MLA for Central Peace-Notley, posted about entering the leadership race on his Facebook account Wednesday night.

“Yes, it’s true. I stopped by the Elections Alberta office to register as a leadership contestant,” his post reads. “This is the first step of the process, allowing me to legally accept contributions, but I will have a formal announcement in my hometown of Valleyview early next week.

“I just want to say I am blown away by the offers of support I have received. I never saw myself having to do this, but I think it’s necessary to make the changes we need in government. I want to provide your voice — the people’s voice — a voice that has not been heard enough.”

READ MORE: From maybe to no: Alberta cabinet ministers give range of answers on replacing Kenney

As of Wednesday night, there were four people registered to run for the UCP leadership role, according to Elections Alberta’s website: Loewen, Travis Toews, Brian Jean and Danielle Smith.

Last May, members of the UCP caucus voted to boot Loewen and fellow MLA Drew Barnes from their ranks for challenging Kenney’s leadership. Loewen had publicly called for Kenney to step down as leader.

He was also one of 16 mainly UCP backbenchers to sign a letter last year decrying the province’s public health measures related to the COVID-19 pandemic.

“I think it was a situation where they shot the messenger instead of dealing with the problems that we have in caucus and in Alberta as a whole,” he said at the time.

Emergency caucus meeting held after call for Premier Jason Kenney to quit – May 13, 2021

Global News reached out to the UCP for comment on Loewen’s announcement Wednesday night and will update this article if or when a response is received.

The UCP has said it is working on the logistics of the leadership race, but a date for the vote has not been selected.

Kenney announced his intention to step down as UCP leader last month after receiving 51.4 per cent support in his leadership review vote. While it was enough under party rules to remain in his position, Kenney said the number did not amount to adequate support to continue on as party leader.

The UCP caucus later decided that Kenney would stay on as leader until a replacement is chosen.

–With files from Caley Gibson and Karen Bartko, Global News

2:27Premier Jason Kenney speaks about staying on until new UCP leader is chosen

Premier Jason Kenney speaks about staying on until new UCP leader is chosen – May 20, 2022