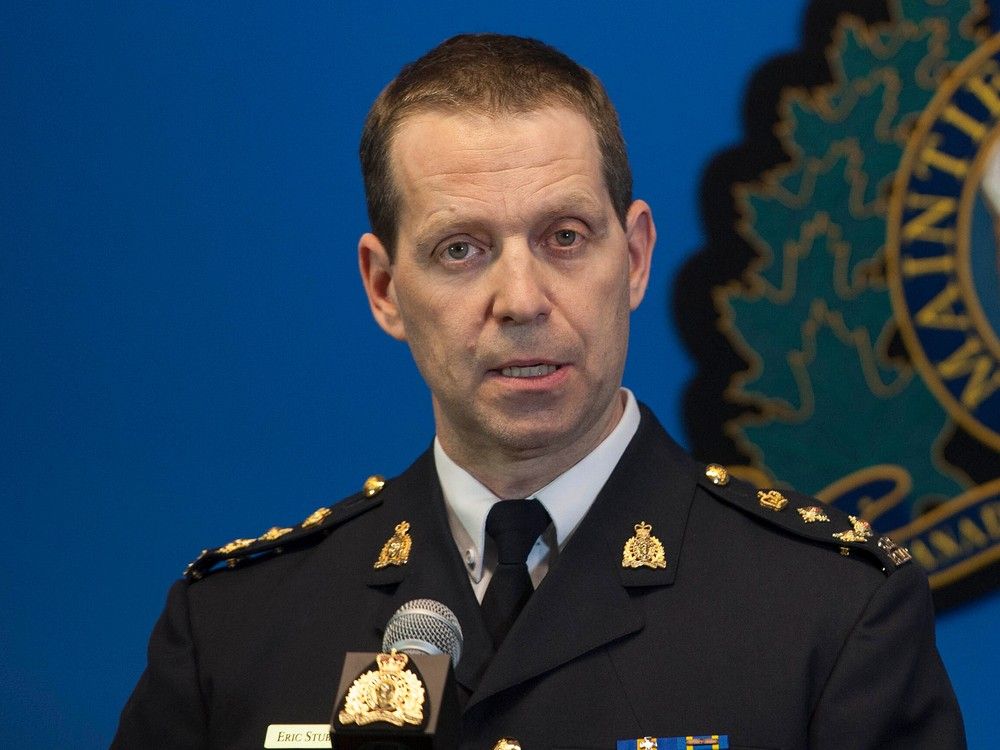 Eric Stubbs may well turn out to be a good Ottawa police chief — or not. Time will tell.

But there is little doubt that the way he was chosen — three days before an election — by a lame-duck police board that owes its existence to outgoing mayor Jim Watson, is outrageous. Board chair Eli El-Chantiry was disingenuous when he claimed the police board is an independent body, and therefore has every right to appoint a new chief. “The police services board is a distinct and separate body from city council,” a board statement said. Which means the board makes its own decisions and council has no say over it. And then Watson added with a straight face: “The police board has the right under the law to choose the new police chief; it’s not council, it’s not the mayor.”

This is the same Watson who engineered the firing of Diane Deans in a 15-9 vote in February because the board, when she was in charge, appointed an interim chief during the trucker protest without notifying council. El-Chantiry voted to oust Deans and was then handed the job.

The answer? Crass politics. Watson didn’t like Deans so she had to go, law or not.

It is the kind of behaviour that undermines confidence in politicians. They say one thing, then act differently if it suits their interests. Apparently, the board is independent only if Warson’s ally El-Chantiry is chair, and that’s how the current council has largely operated — dancing to the beat of Watson’s drum. One can only hope that the new council will act differently under a new mayor. The council, and indeed the province, must lay out clearly whether the board is independent or subject to the whims of the mayor, particularly one with certain veto powers. This lame-duck board should never have appointed Stubbs, no matter his credentials. This was a job for a new board after the election.

Why does it matter when Watson and El-Chantiry are on their way out? Because it is wrong and anti-democratic, and must not be allowed to set a precedent. An outgoing board and mayor have no right to impose themselves on an incoming city government. Public confidence in Ottawa police has never been lower, and appointing a new chief under such controversial circumstances does nothing to improve the public mood. The deed is done, but it must be called out for how egregious it is, to dissuade future politicians from attempting something similar.

Of course, none of this is Stubbs’s fault. “I don’t, and didn’t control when the hiring process occurred,” he said. “It was open, I applied and went through a rigorous process to get to this point.” He is right. Stubbs just happens to be the unfortunate victim of the dysfunction that plagued city government the moment the trucker protest came to town.

Still, there is a cloud over the appointment, and Ottawa residents are right to be concerned. Stubbs has his own baggage. His handling of Indigenous protesters in British Columbia, and complaints recorded against him by the B.C. Civil Liberties Association while he led a detachment in Terrace, B.C., raise questions of their own.

Stubbs has some explaining to do when he gets to Ottawa, and he must also repair the damage caused by his appointment. He has promised to work with the new mayor and council to “overcome any negativity and angst,” and so he should.

Ottawa needs a good chief to change the culture of a scandal-ridden force. Former chief Peter Sloly received an icy welcome in Ottawa, and was undermined from within the moment he stepped into office, culminating in the abject police failure during the trucker protest. Let’s hope Stubbs fares better.

Mohammed Adam is an Ottawa journalist and commentator.