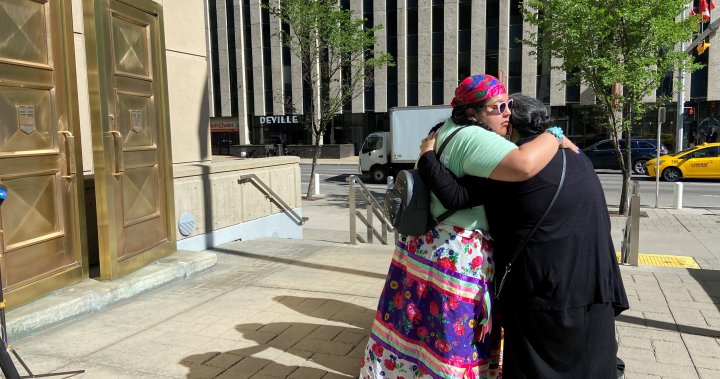 For eight years the case remained unsolved. The murder of Colton Crowshoe haunted the family every day.

Crowshoe went missing after leaving a house party in the northeast community of Abbeydale on July 4, 2014. Three weeks later, the 18-year-old’s body was found in a water retention pond near Stoney Trail and 16th Avenue N.E.

It is believed that Colton and the accused were known to each other and that they left the Abbeydale house party together.

Wiley Provost was supposed to make his first court appearance via closed circuit television in a Calgary courtroom Wednesday morning. Provost is in custody but he didn’t appear via CCTV, instead Crown Prosecutor Shane Parker attended on his behalf.

The family said they needed to be in court to represent Crowshoe.

Nicole Johnston is Crowshoe’s aunt. She came along with other family members, including Crowshoe’s father Jimmy and grandmother Valerie.

“Today begins for the family, and Jimmy and his children, a very hard journey to come,” Johnston said. “These next few months are going to be difficult as they re-live what happened to Colton.

“The family is feeling overwhelmed with a lot of mixed emotions.”

1:53Calgary police not charged but mistakes were made in Colton Crowshoe investigation

Calgary police not charged but mistakes were made in Colton Crowshoe investigation – Apr 14, 2017

“Thank you to all who stood with us and supported us and walked with us and helped us along the way,” Johnston said.

“We have finally come today, Colton’s legacy is going to live on,” Valerie Crowshoe added.

Wiley’s next court appearance is set for August 15.