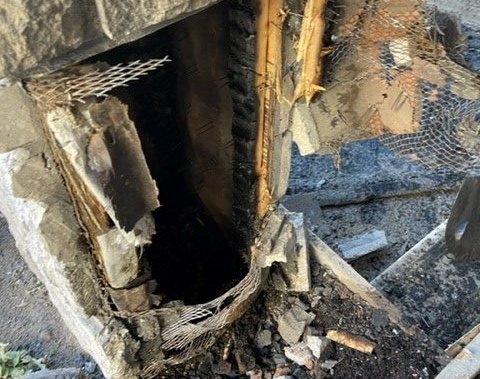 A cigarette butt was the culprit that caused $750,000 in damages to a home on the 600 block of Hargreaves Lane in Saskatoon Monday evening.

The Saskatoon Fire Department said crews brought the blaze under control at 8:46 p.m., noting that nobody was injured.

An investigation into the fire found that it started inside a pillar that was supporting the roof over the front door.

A paper cup for cigarette butts was near the pillar, and butts were found in the pillar as well.

The fire department added that people should use non-combustible containers made of glass or metal as cigarette receptacles, and have water in them to make sure the butts are fully extinguished.