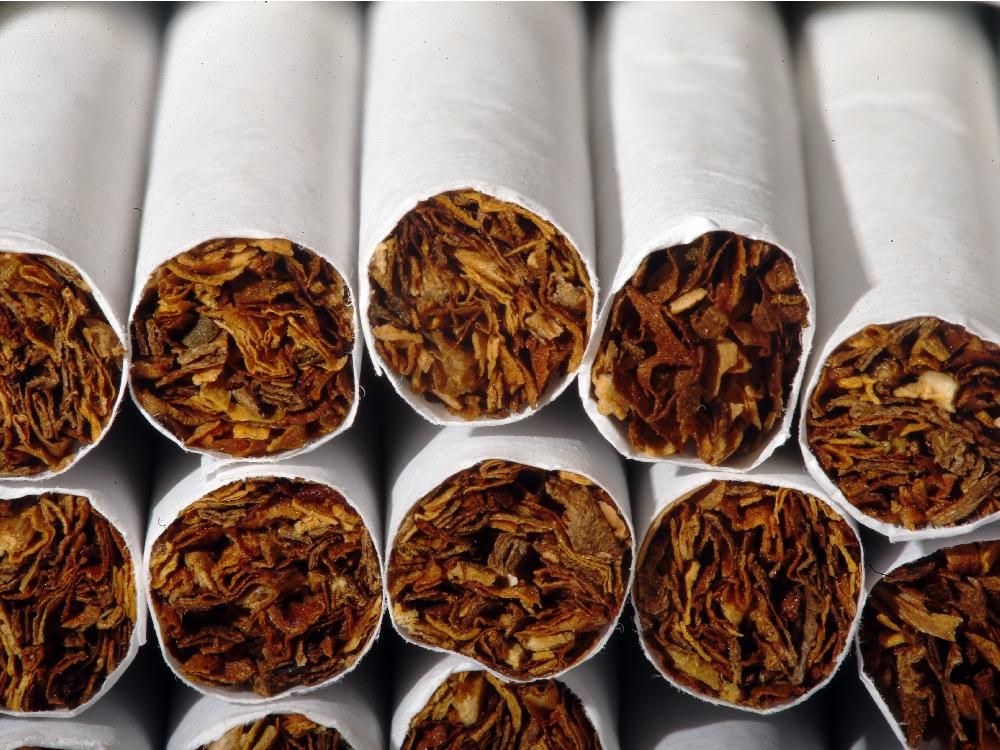 Four men and three transportation companies have been fined $4.97 million after being convicted of tobacco smuggling in Quebec.

The penalties include about $2 million for 67-year-old James Douglas Shanks, a Cornwall, Ont., resident who was identified as the leader of two tobacco transports, Revenu Québec said Thursday in a statement. Shanks was also sentenced to 12 months in jail.

As for the transportation companies, Langton’s 1047535 Ontario Ltd. (Encore Transportation Services) was fined about $1 million, while Kanesatake’s Transport Crazy Horse Inc. was fined $790,603 and Transport Flatliner Inc. of Dollard-des-Ormeaux received a $32,000 fine.

The convictions stem from two events in the fall of 2018. On Oct. 30 of that year, Sûreté du Québec officers discovered a 13,540-kilogram shipment of raw tobacco during a search. The truck, trailer and container from Transport Crazy Horse were confiscated.

Richardson and Manary drove the truck. Denis was president of Transport Crazy Horse. All three individuals worked in conjunction with Shanks.

A second search took place Nov. 3, resulting in the seizure of 14,710 kg of raw tobacco. Transport Flatliner was fined in connection with the shipment, while the truck, a trailer and its container were seized.

Anyone who engages in commercial activities related to tobacco products in Quebec must hold permits. Failure to comply with requirements can result in a minimum fine of $6,000 and a maximum term of imprisonment of two years. People who buy contraband tobacco for personal use are subject to a minimum fine of $350.