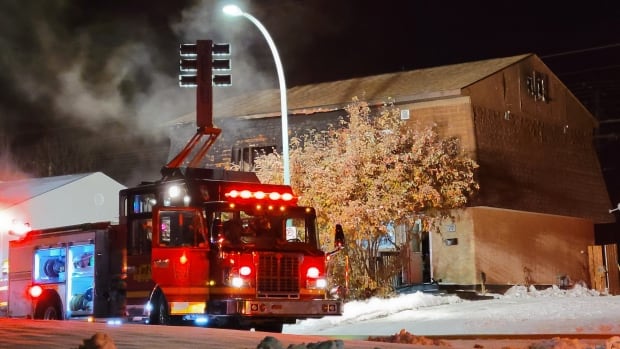 A 41-year-old woman who escaped the fire told police she was in the basement with a 62-year-old man when they heard the sound of a fire upstairs, an RCMP news release said.

They made it to the main floor but were forced out by the smoke and fire.

Her five children, age four to 13, were upstairs, and the eldest climbed out a window and jumped to escape, but the other four children didn’t get out.

Police responding to a nearby unrelated incident around 8:40 p.m. were the first emergency personnel at the fire after they heard a commotion coming from down the street and saw a significant amount of smoke, the news release says.

The house was fully engulfed in flames when fire crews arrived.

Once the fire was under control, firefighters entered the house and found the other four children: a 10-year-old girl, a nine-year-old boy, a seven-year-old boy and a four-year-old boy.

The children were taken to the hospital, where they died from injuries sustained in the fire, police said

The three survivors were taken to hospital with non-life-threatening injuries.

Police and the office of the fire commissioner have not determined the cause of the fire and continue to investigate.